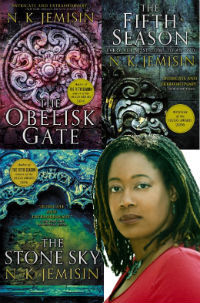 In 2016, Jemisin became the first Black writer to win the Best Novel Hugo for The Fifth Season. She would go on the win again in 2017 and 2018 with The Obelisk Gate and The Stone Sky, respectively. These novels make up the post-apocalyptic and highly acclaimed New York Times bestselling Broken Earth trilogy.

Zora and Me: The Cursed Ground by T.R. Simon 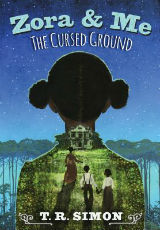 Zora and Me, the 2nd in three book series, is a powerful fictionalized account of Zora Neale Hurston’s childhood adventures. “Twelve-year-old Zora Neale Hurston is as brave and adventurous as her best friend, Carrie Brown, is cautious. The year is 1903, and the girls live in Eatonville, Florida, the first incorporated all-black town in the U.S. Late one night, during an escapade, the girls discover their friend Mr. Polk injured outside his cabin. Mr. Polk is known to be mute, but to the girls’ surprise, he speaks—though not in English…” —Kirkus 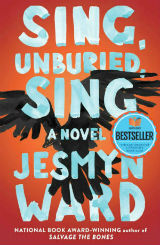 Has garnered a myriad of accolades including being, a 4-Time AALBC.com Bestselling Book, winning a National Book Award, and being named a New York Times Notable Book. These are some of the reasons AALBC as chosen it for our online Book Club’s October selection.

Ayana Mathis, author of The Twelve Tribes of Hattie, described Sing as “…a road novel turned on its head, and a family story with its feet to the fire. Lyric and devastating, Ward’s unforgettable characters straddle past and present in this spellbinding return to the rural Mississippi of her first book. You’ll never read anything like it.”

I Love You More Than… by Taye Diggs, Illustrated by Shane W. Evans 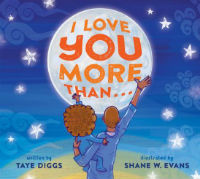 Diggs and Evans have teamed up, once again, to bring us a beautifully illustrated book that speaks to the theme of families which may look different than others.

Here a father, who doesn’t live full-time with his son, tells him all the ways he misses and loves him. This book is ideal for families who are separated, the message of love underscores the bond between parent and child in ways that little ones will understand.

Looking for Lorraine: The Radiant and Radical Life of Lorraine Hansberry by Imani Perry 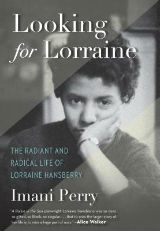 A revealing portrait of one of the most gifted and charismatic, yet least understood, Black artists and intellectuals of the twentieth century.

Lorraine Hansberry, who died at thirty-four, was by all accounts a force of nature. Although best-known for her work A Raisin in the Sun, her short life was full of extraordinary experiences and achievements, and she had an unflinching commitment to social justice, which brought her under FBI surveillance when she was barely in her twenties. While her close friends and contemporaries, like James Baldwin and Nina Simone, have been rightly celebrated, her story has been diminished and relegated to one work—until now. In 2018, Hansberry will get the recognition she deserves with the PBS American Masters documentary “Lorraine Hansberry: Sighted Eyes/Feeling Heart” and Imani Perry’s multi-dimensional, illuminating biography, Looking for Lorraine.

My Mother. Barack Obama. Donald Trump. And the Last Stand of the Angry White Man.: An Autobiography of America by Kevin Powell 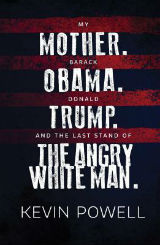 Written in the spirit of Joan Didion’s essay Notes from a Native Daughter and James Baldwin’s The Fire Next Time, a revelatory look at today’s America from writer and activist Kevin Powell as told through an examination of three crucial figures in his life: his mother, Barack Obama, and Donald Trump.

The Mississippi Book Festival — “Where are my people at?”

I had the pleasure of attending the Mississippi Book Festival, which is held each August in the state’s largest city, Jackson. I was able to see a wide variety of interesting authors including Jon Meacham, Rick Bragg, and the author of one of my favorite books, Cold Mountain, Charles Frazier. 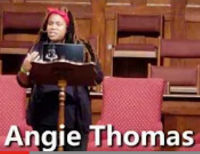 Jackson is a city that is over 80% Black, so I expected to see a significant number of Black authors. While the number of Black authors showcased were in the minority numerically; there were plenty in attendance. I saw writers like; children’s book author and actress, Quvenzhané Wallis; social justice activist, Janet Dewart Bell; former Editor in Chief of the NAACP’s flagship publication, The Crisis, Jabari Asim; and Jackson native and #1 New York Times Bestseller author, Angie Thomas. I even had dinner with award winning children’s book author and illiustrator Don Tate. Indie authors were well represented too, and I captured video of a few including, K. Reshay and Regena Hoye.

Given the number and variety of Black authors present, I was really surprised by the lack of Black attendees. Angie Thomas, K. Reshay, or anyone from Mississippi that can explain this phenomenon. I’m all ears, email me.

Our online book club will be discussing the never-before-published work from the author of the American classic Their Eyes Were Watching Godthat brilliantly illuminates the horror and injustices of slavery as it tells the true story of one of the last known survivors of the Atlantic slave trade—abducted from Africa on the last “Black Cargo” ship to arrive in the United States.

Join us during the entire month of September as we talk about this important book. Also check out our reading list for the remainder of the year. 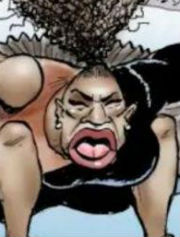 “As a black american woman, I’m used to the double sometime triple standard that we operate under. Black american women are regulated to the ‘de mule uh de world’ position in this society, so anytime I hear of us doing well; I cheer.

However, if we do too well we become targets. Therefore, this cartoon doesn’t surprise me and neither does exaggerating the physical features of the darker woman in contrast to the drawing of a petite fair-skinned blond-hair allegedly subservient women. It’s par for course when others seek to put us, black american women, in our place. Sadly, it appears to be working too. So many black women in my twitter timeline are truly butthurt.” —Mel Hopkins

Join the conversation and let us know what you think, for the truth is usually more nuanced and complicated than social media will allow to be communicated.

AALBC has teamed up with BCP Digital Printing who, like AALBC, have more than a two decades of experience serving authors and publishers. We also share a mission to provide friendly customer service, high quality results, expert advice, and competitive prices. We also guarantee our results by providing a free finished book for review.

All Edit 1st, Domains for Authors, and AALBC clients enjoy a 10% discount, on top of our already competitive printing prices. Plus, AALBC Prints Books customers get 15% off on all AALBC.com services!

Edit 1st is a full service manuscript editing company. Our editorial staff have an average of 20 years of publishing experience in a wide variety of roles including very senior level positions in major publishing houses. You may read some of our editor’s biographies.

Remember, your paid subscription for this newsletter is important, for it is one of the purest indications that celebrating Black literature is important and that there is indeed an audience for it.

Your financial support also ensures that AALBC can continue to improve for another 20 years. Please choose to purchase your subscription to AALBC’s eNewsletter. Those of you who have already purchased your subscriptions, please accept my personal thank you and a thank you for the authors whose work you help support.

New subscribers, this month, will be entered into a contest to win a copy of the AALBC bestselling novel, Raisin in Milk or a copy of The Original Black Elite: Daniel Murray and the Story of a Forgotten Era.

Our newsletter may be read on your Kindle ebook reader or read via RSS. Consider sponsoring our eNewsletter or a dedicated mailing.