We are excited to present our regularly updated list of our top 100, all-time, bestselling authors. This list of bestselling authors is compiled from sales data going back to the first book we sold in 1997. How many authors do you recognize? How many have you read? You may learn more about all of these authors and thousands more on AALBC.com.

There are so many terrific new books, and there is simply is not enough space to describe them all in our eNewsletter. Please visit our website for a list of newly published and soon to be released books.

Paul Beatty’s novel The Sellout won the Man Booker Prize on October 25, 2016. Beatty is the first American to win the award.

In 1990, Paul Beatty was crowned the first Grand Poetry Slam Champion of the Nuyorican Poets Cafe. One of the prizes for winning that championship title was the book deal which resulted in his first volume of poetry, Big Bank Takes Little Bank. His first novel, The White Boy Shuffle, received a favorable review in The New York Times. Beaty’s award-winning novel The Sellout, Beatty chronicles an urban farmer who tries to spearhead a revitalization of slavery and segregation in a fictional Los Angeles neighborhood.

Telling It Like It Is: The Remarkable Life Experiences of My Aunt Edna by Carrolyn Pichet

“Telling It Like It Is, is equal parts historical biography, personal recollections, family memories, and self-help in the guise of lessons from a well-lived life. It is a love letter to not only a person, Pichet’s beloved Aunt Edna, but also to a long gone time and place—when neighborhoods were tightly knit communities and families looked out for each other. Filled with anecdotes and life lessons, favorite sayings are used as titles throughout the book and serve to highlight the many roles Aunt Edna has taken and played in her life—mother, fierce family defender, and advocate, to name only a few.”—Carol Taylor (more ►)

Legend of the Orange Scepter by M. Haynes

“Overall, Haynes’ Legend of The Orange Scepter takes us on a classic battle between good and evil. The final battle between the teen Elementals and the evil Queen and her metal minions is well worth the wait and should provide some thrills for the young readers. Impassioned, exciting, and well-conceived, the novel is a marvelous achievement.” —Robert Fleming (more ►) 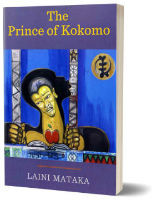 The Prince of Kokomo — Poetry by Laini Mataka

Laini Mataka is wiser, smarter, and stronger than ever. If you’ve read any of her earlier books and thought she might mellow, you’d be wrong. If you loved reading Bein A Strong Black Woman Can Get U Killed!! and wanted more, The Prince of Kokomo is for you. Laini doesn’t just write about Black reality, she tears it apart, piercing the boundless and forgotten moments that shape our reality.

When you read The Prince of Kokomo, be ready to follow Mataka into battle. She is Harriet Tubman restored. Like Harriet, she has no time for those who love the comfort of their prisons or the seductions of their enslavement.

“Our goal is to provide an opportunity for prospective authors to help them fulfill their dreams of becoming a publish author and turning them into a reality. To date, we have helped over 10 authors become national best sellers including, Silk White, Mychea, Ernest Morris, Reality Way, Asia Hill, Jay Morrison, Jacob Spears, J.L Rose, and Jason Brent. Good2go Publishing has over 20 #1 Amazon bestselling books. In addition, we have three of the bestselling urban fiction series of all time. Tears of a Hustler Pt 1-6 by Silk White, He Loves Me, He Loves You Not Pt 1-5 by Mychea & The Teflon Queen PT 1-6 by Silk White. Our original goal was to reach 1 million sales worldwide, but since we’ve reached that goal the new goal is 10 million. Thanks to everyone for the love and support we really appreciate it.”— Ray Brown, Publisher Good2go Publishing (www.good2gopublishing.com)

Maya Angelou: And Still I Rise

“…a single-mom at 17 after being pressured into a sexual encounter with a boy who wanted nothing more to do with her. She subsequently supported herself and her son, Guy Johnson (an AALBC.com Bestselling novelist), by holding an array of odd jobs, including work in the sex trade industry as a stripper, prostitute, and even a madam.

Yet somehow, Maya would overcome her humble roots and checkered early career to become an African-American icon and a very respected writer in her own right. That miraculous recovery is the subject of Maya Angelou: And Still I Rise, a reverential retrospective offering an intimate look at the life of the late poet, author, actress, director, and civil rights activist.” —Kam Williams (more ►)

The Birth of a Nation

“…judging The Birth of a Nation strictly on the merits, it undeniably deserved its previous status as a prime Oscar contender.” —Kam Williams (more ►)

Read our interview with Nate Parker, the film’s star, writer, and director (he addresses the rape allegations).

Learn about “Nat Turner’s Mental and Military Motivations” in an article by Ezrah Aharone. Also, read a scathing review of the film written by Professor Leslie M. Alexander who called the film an “Epic Fail.” 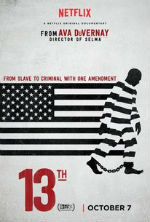 The title of Ava DuVernay’s extraordinary and galvanizing documentary refers to the 13th Amendment to the Constitution, which reads

“Neither slavery nor involuntary servitude, except as a punishment for crime whereof the party shall have been duly convicted, shall exist within the United States.”

The progression from that second qualifying clause to the horrors of mass criminalization and the sprawling American prison industry is laid out by DuVernay with bracing lucidity. With a potent mixture of archival footage and testimony from a dazzling array of activists, politicians, historians, and formerly incarcerated women and men, DuVernay creates a work of grand historical synthesis. 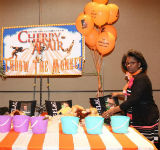 AALBC.com’s Events Calendar will track all of the important book festivals in North America (Canada, the United States, and the Caribbean). We currently have 124 terrific events, covering the next 12 months, and are actively expanding our calendar.

RT Booklovers Convention – May 2-7 2017 – Atlanta, GA
A senior publishing industry professional highly recommends this event. It is well run and a lot of fun. The organizers RT Book Reviews (formerly Romantic Times Magazine) describes the RT Booklovers Convention as a “…book industry event where you can mix business with pleasure. Attend more than 200 workshops as well as numerous parties and reader events that will keep you informed, and in touch, while having fun.” 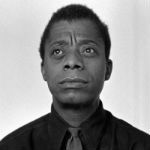 The Mosaic Literary Conference is a grassroots event and a great opportunity for the community, educators, students, program administrators, and parents to learn ways to integrate books and reading into the lives of teenagers. MLC offers a mix of informative programs and creative workshops to engage young minds, strengthen literacy, and develop education strategies. Register here.

Increased Interest in the Survival of Independent Bookstores

“A Glimmer of Hope for Black-Owned Bookstores”
by Judith Rosen, Publisher Weekly (Feb 19, 2016)

For more information check out our list of bookstores in the United States that specialize in Black literature, and our list of websites dedicated to authors of African descent.

Put Your Book on AALBC.com for the Entire Fall 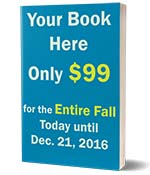 Your book will appear on the AALBC.com Homepage and our Book’s Main Page for the entire fall (until midnight December 21st). Buy it now, because there are only a couple of positions left. Current advertisers will also qualify for a discount on the Winter Special (the busiest season for AALBC.com).

If you buy a Large Book Cover Advertisement or an Author Profile we’ll give you the Book on the Homepage advertisement for free as an added bonus!

AALBC.com is the oldest, largest, and most frequently visited website dedicated to books written by or about people of African descent. There is no other website that reaches readers of Black literature more effectively. 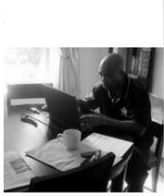 On the evening of October 3, 1997, after the kids were put to bed, I fired up my 28.8KB modem and dialed up my ISP to connect to the World Wide Web. My custom built Pentium-powered PC was optimized for speed and sported a new 14″ CRT monitor capable of displaying 256 colors. I was ready to launch AALBC.com.

Over the years the site has grown by leaps and bounds, especially over the last year, as I’ve been fully engaged working on the website’s 4th major overhaul.

But in the final analysis Troy, AALBC.com thrives, due to your support. If you value our content, here are four things you can do to support AALBC.com;

1. Do not use an ad blocker to block AALBC.com’s ads.
Advertisements are AALBC.com’s primary source of revenue. Our ads, which are usually books, are nonintrusive and provide important content for the website.

2. Share our content.
Word of mouth, letters, blogs, social media, smoke signals, and carrier pigeon are all acceptable. Spread the word by any means necessary.

3. Buy Your Books Through AALBC.com.
We sell books any way they can be sold; through our publisher partners (like Black Classic Press and Just Us Books); as an affiliate of all the major online booksellers (B&N and Amazon); and even through other indie booksellers like MahoganyBooks. The commissions we earn support, not just AALBC.com, but the entire Black Book Ecosystem. If you use Amazon, bookmark this link http://aalbc.it/supportaalbc to buy any book and generate commissions for AALBC.com.

4. Support AALBC.com with a paid subscription to our newsletter.
Subscribe to our eNewsletter today.

Thanks for reading and supporting Black Literature.

You may receive messages like this directly in your email box by subscribing. It may also be read on your Kindle ebook reader, or any device by downloading a PDF version. Enjoy all of our previous eNewsletters and consider sponsoring our eNewsletter or a dedicated mailing.