This Month’s Newsletter is Made Possible by Support From Amistad

Authors You Should Know 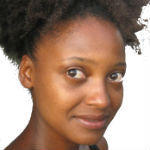 The Librarian of Congress, Carla Hayden, recently named poet Tracy K. Smith as the U.S. Poet Laureate for 2017-2018. Smith has published three collections of poetry. Her collection Life on Mars won the 2012 Pulitzer Prize for Poetry. 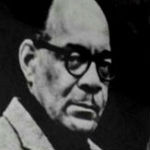 Pharr (July 5, 1916 – April 1, 1992) wrote in the vein of Iceberg Slim, Claude Brown, and Donald Goines. The urban fiction authors of today are the progenitors of Robert Deane Pharr, but Pharr’s name is often overlooked when discussing the legacy of urban fiction.

While working at Columbia University Faculty Club, Pharr showed his manuscript to a professor in the English Department who helped get it published by Doubleday. That first novel, was The Book of Numbers . 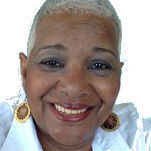 Penny Mickelbury is a playwright, journalist, and novelist. She was actually one of the first authors profiled on AALBC.com. Her novel, Keeping Secrets was the first of a series featuring Gianna Maglione, a lesbian chief of a hate-crimes unit based in Washington D.C. and her lover Mimi Patterson, a journalist.

Her second series features Carol Ann Gibson, a Washington D.C attorney who is widowed in the first book and subsequently runs an investigation agency with Jake Graham, the detective who investigated her husband’s death. 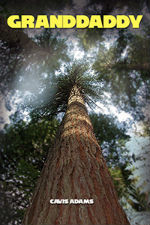 Granddaddy is a poignant literary novel, told mostly in a stream of conscious narrative, that traces a family’s emotional journey through their memories of the brutal lynching era in the South.

Facing his final days, Jeremiah contemplates his daughter Lilly May and twelve-year-old Curtis, the grandson he’s never met. He regrets the memories he didn’t make with them because he lacked the courage to leave the countryside. Sensing her father is coming to the end of his days, Lilly sends Curtis south from Minnesota to Alabama to meet his grandfather, for what may be Jeremiah’s last summer. As Curtis connects to his granddaddy, Lilly and her husband Howard’s marriage deteriorates. 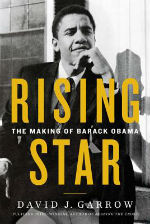 Pulitzer Prize-winner, David J. Garrow, has published an epic opus of 1,472 pages on the life of Barack Obama, focusing on the years prior to the presidency. And it’s a safe bet that Garrow just might eventually write a sequel about POTUS 44’s time in the White House, too.

Any Obama fan is likely to find this in-depth portrait fascinating, as it is filled with plenty of little-known factoids and anecdotes about him. For example, it chronicles a childhood spent mostly on Hawaii where he was basically raised by his maternal grandparents in the absence of both his mother and father. 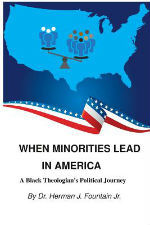 A worthwhile read, When Minorities Lead in America by Dr. Herman J. Fountain Jr. is one man’s theologically-influenced “political journey” to understanding the new America. Woven with Fountain’s upbringing and (sometimes) heartbreaking stories, we learn that a minority-led America, the “new majority,” is not too far off, and how this shift in power would impact wealth distribution, power, employment, and education (to name a few).

While this is hard to grasp, that a time will be reached with Latinos, African Americans, and immigrants running the system, Fountain makes very convincing claims regarding this societal transformation. 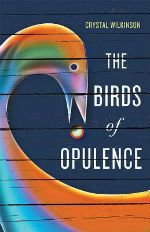 The Birds of Opulence by Crystal Wilkinson

Winner of the 2016 Ernest J. Gaines Award for Literary Excellence.

From the critically acclaimed, award-winning author of Blackberries, Blackberries and Water Street comes an astonishing new novel. A lyrical exploration of love and loss, The Birds of Opulence centers on several generations of women in a bucolic southern black township as they live with and sometimes surrender to madness.

Crystal Wilkinson offers up Opulence and its people in lush, poetic detail. It is a world of magic, conjuring, signs, and spells, but also of harsh realities that only love—and love that’s handed down—can conquer. At once tragic and hopeful, this captivating novel is a story about another time, rendered for our own. 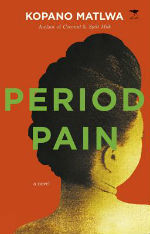 Period Pain captures the heartache and confusion of so many South Africans who feel defeated by the litany of headline horrors; xenophobia, corrective rape, corruption and crime and for many the death sentence that is the public health nightmare. Where are we going, what have we become? Period Pain helps us navigate our South Africa. We meet Masechaba, and through her story we are able to reflect, to question and to rediscover our humanity. 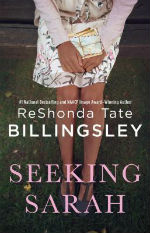 From the time Brooke Green was seven years old, she has lived with the pain of losing her mother. Her father has done the best job he could in raising her, but a piece of her always felt empty. On the day of her father’s funeral, her grandmother breaks the shocking news: her mother, Sarah, is very much alive. She abandoned her family because she claimed she wasn’t fit for motherhood. After doing some research, Brooke discovers her mother is living in Atlanta, enjoying a great career and a brand new family. Stunned, Brooke doesn’t know if she wants answers or revenge against the mother who abandoned her. When she meets Sarah’s husband, Tony, Brooke sees the perfect way to make her mother pay. 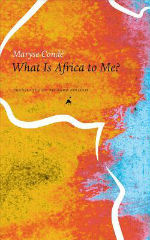 What Is Africa to Me?: Fragments of a True-to-Life Autobiography by Maryse Conde

Maryse Condé is one of the best-known and most beloved French Caribbean literary voices. The author of more than twenty novels, she was shortlisted for the Man Booker International Prize in 2015 and has long been recognized as a giant of black feminist literature. While Condé has previously published an autobiography of her childhood, What Is Africa to Me? tells for the first time the story of her early adult years in Africa—years formative not only for her, but also for African colonies appealing for their own independence. 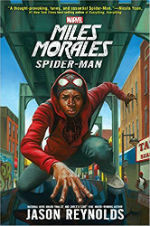 Miles Morales (A Marvel YA Novel) by Jason Reynolds

“Everyone gets mad at hustlers, especially if you’re on the victim side of the hustle. And Miles knew hustling was in his veins.”

Miles Morales is just your average teenager. Dinner every Sunday with his parents, chilling out playing old-school video games with his best friend, Ganke, crushing on brainy, beautiful poet Alicia. He’s even got a scholarship spot at the prestigious Brooklyn Visions Academy. Oh yeah, and he’s Spider Man.

But lately, Miles’s spidey-sense has been on the fritz. When a misunderstanding leads to his suspension from school, Miles begins to question his abilities. After all, his dad and uncle were Brooklyn jack-boys with criminal records. Maybe kids like Miles aren’t meant to be superheroes. Maybe Miles should take his dad’s advice and focus on saving himself.

New Videos: Sampling of Book Events Across the Country

I’ve had the privilege of being able to attend several terrific events this past month and recorded some wonderful material from across the country. Here is just a sample:

To learn when new videos are published and to discover hundreds of others subscribe to our YouTube channel.

Vote for Your Favorite Black Author of the 21st Century

Authors who have received the most votes so far include Bernice L. McFadden, Chimamanda Ngozi, Colson Whitehead, Edwidge Danticat, and Eric Jerome Dickey. Let your voice be heard by casting your vote.

Click any of the links below and let us know what you think.

▪ Would you spend a little more, or wait a little longer, to support a owned bookstore?
▪ Is man made climate change fact or fiction?
▪ Do white American men need a quota to play in the NBA? 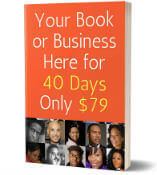 I’m offering the deal that gets your book onto our Home Page and our Book’s Main Page for 80 days, instead of the normal 40 days, for only $79. That is less than $1 per day to promote your book to thousands of readers. You may also run two different books for 40 days each.

I’d advise you to act now; these positions will go quickly and this deal will not be repeated this year. 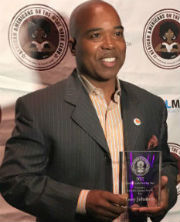 I was honored on June 10, 2017, with the Literary Activist of the Year Award by the African Americans on the Move Book Club! The award was presented during a wonderful event held in Atlanta Georgia.

My hat goes off to Tamika Newhouse and her team for hosting such a tremendous event. I thank everyone who voted for me to receive this award. Finally, I thank my family who also sacrifice to make AALBC.com possible.

Troy, as always please know that AALBC.com continues to grow because of your support. Spread the word about our site, post your comments on our pages, and please consider purchasing your newsletter subscription.

Thanks for reading and celebrating Black culture.
Peace & Love,

Our newsletter may be read on your Kindle ebook reader.
Consider sponsoring our eNewsletter or a dedicated mailing.