Read one of the year’s most highly lauded – and highly provocative – books, now the first American winner of the Man Booker Prize. A biting satire about a young man’s isolated upbringing and the race trial that sends him to the Supreme Court, Paul Beatty’s The Sellout showcases a comic genius at the top of his game. Sure to spark lively conversation and debate, The Sellout is the perfect pick for book clubs looking for a timely and thought-provoking read. Learn more.

Our September/October bestsellers reflect strong offerings from independent publishers. The bestselling book across all genres was Single Mama Dating Drama. Here seventeen talented writers share fictional stories about the woes, pitfalls, and joys of dating while raising kids. From Monica Lynne Foster’s explosive tale of an ex who fights for custody of his child while fighting to gain his ex-wife back from her newfound love; to Candice Y. Johnson’s laugh-out-loud take on a mama whose baby girl prophetically dismisses all of her potential suitors. There is something for everyone not just in this anthology but on our entire bestsellers list.

JJ Smith’s Green Smoothies is the follow-up to her #1 New York Times bestseller 10-Day Green Smoothie Cleanse. Something Good is the wrenching memoir of Simba Sana, the CEO of Karibu Books, which was the most successful black-owned bookstore chain in the U.S. before closing. Charles Johnson, a National Book Award winner and one of America’s preeminent scholars in literature, brings us an instructive and inspiring guide on the art of writing in The Way of the Writer. Learn more about these, and other terrific reads, on our curated and frequently updated list of soon to be released books.

Three of the four books honored during the 67th National Book Awards were written by Black writers; Congressman John Lewis (and Andrew Aydin) won for March Book Three, Ibram X. Kendi won for Stamped from the Beginning: The Definitive History of Racist Ideas in America, and Colson Whitehead took the Fiction prize for his novel The Underground Railroad. Terrance Hayes presented the Literarian Award to Toi Derricotte and Cornelius Eady of Cave Canem, and comedian Larry Wilmore hosted the event.

It was a great evening, but it was sad to read comments the following day, on the websites of respected publications, like The New York Times and The Atlantic suggesting that awarding these three writers was somehow the result of white guilt, reverse racism, or liberalism and political correctness run amok. Only a minority of readers were willing to accept that the winners won on merit alone. Check out our coverage of this year’s Awards Ceremony.

The winning titles were announced October 23rd. The Hurston/Wright Legacy Award™ honors the best in Black literature. Introduced in 2001, the Legacy Award was the first national award presented to Black writers by a national organization of Black writers. Fiction, debut fiction, nonfiction, and poetry honorees are selected in a juried competition. Each October, the award winners are celebrated during a gala that draws hundreds of literary stars, readers, representatives of the publishing industry, the arts, media, politics, and academia. Learn more about all the award-winning titles, finalists, and nominees.

Submissions for 2017 are now being accepted; the deadline is December 5th.

Go On Girl! Book Club, Inc. is the largest and most influential book club in the country. Their reading list is compiled from a curated list of prospective titles in the following categories, historical, international, mystery/thriller, novel, short stories, and social commentary. These titles are voted on, by hundreds of members across the country, to determine which ones are ultimately selected for their club’s reading list. In other words, you can’t go wrong reading any of the books on their list—there is something for everyone to enjoy! (Note: The order the 2017 titles will be read is not final.)

Fidel & Malcolm X: Memories of a Meeting by Rosemari Mealy
In 1960 Castro and his delegation had come to New York to attend the UN General Assembly, but the management of the Manhattan hotel they had booked refused to house them. Upon learning of their plight, Malcolm X invited the Cuban emissaries to come uptown to Harlem’s Black-owned Hotel Theresa.where he claimed they would be greeted with open arms.

Indeed, Harlemites by the thousands gave Castro a rousing, even magnificent welcome, keeping a round-the-clock vigil in the pouring rain outside his balcony window. To Harlem’s masses, unfazed by the red-baiting and anti-Cuba hysteria of the day, Castro was that bearded revolutionary who had told White America to go to hell (Black Classic Press, May 2013). 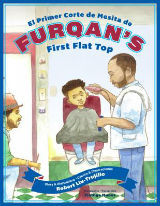 Furqan’s First Flat Top – El Primer Corte de Mesita de Furqan
With text in both Spanish and English, Furqan’s First Flat Top is written and Illustrated by Robert Liu Trujillo and has been named a Top 100 Recommended African-American Children’s Book.
Furqan Moreno wakes up and decides that today he wants his hair cut for the first time. His dad has just the style: a flat top fade! He wants his new haircut to be cool but when they get to the barbershop, he’s a bit nervous about his decision. He begins to worry that his hair will look funny, imagining all the flat objects in his day to day life. Before he knows it, his haircut is done and he realizes that his dad was right-Furqan’s first flat top is the freshest!

The Summer of my Fifteenth Year by Geri Spencer Hunter
Geri Spencer Hunter is a formidable storyteller who has crafted a genuine masterpiece with The Summer of My Fifteenth Year. When 86-year old Etta Mae Netter sits down to record her personal history, she releases a torrent of closely held family secrets that threaten to engulf her even after 71-years. Geri Hunter deftly draws us into the lives of the Netters, a well-to-do Black family living what appears to be an idyllic life in a small Iowa town during the tough times of the late 1930’s.

The Summer of my Fifteenth Year is an AALBC.com bestselling book and was a finalist for the 2016 Phillis Wheatley Book Award.

Life Is A Canvas by Joy Elan
Born with a hearing loss, Joy Elan has been wearing hearing aids since she was 15 months. Her mother always told her that she had three things against her: Black, female, and disabled. However, she’s exceeded low expectations that others had for her earning a Master’s Degree from Stanford University, becoming an award-winning poet, and novelist.

In Life Is A Canvas Elan tells the story of Allegra Johnson, a young, vibrant entrepreneur with dreams. From the outside, she seems to have all the things that she dreamed of… except love. 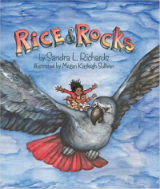 Rice & Rocks by Sandra L. Richards
Giovanni’s friends are coming over for Sunday dinner, and his grandmother is serving rice and beans. Giovanni is embarrassed—he does not like “rice and rocks” and worries his friends will think the traditional Jamaican dish is weird. But his favorite Auntie comes to the rescue. She and Giovanni’s pet parrot, Jasper, take him on a magical journey across the globe, visiting places where people eat rice and rocks. This exciting story celebrates the varied traditions of every culture while also highlighting the delicious similarities that bring us all together.
Rice & Rocks is a Top 100 Recommended African-American Children’s Book and an AALBC.com Bestseller. 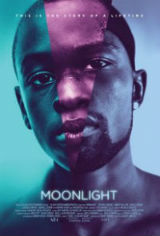 Moonlight
It isn’t bad enough that Chiron (Alex R. Hibbert/Ashton Sanders/Trevante Rhodes) is being raised by an emotionally-unavailable, drug-addicted, single-mom (Naomie Harris). The shy youngster also has the misfortune of having to hide the fact that he’s gay, since he’s experiencing pangs of sexual awakening in the midst of an African-American, ghetto culture which is homophobic to the point of violence.

Consequently, he finds himself not only being teased for being a “faggot” by a school bully (Patrick Decile) but sadistically beaten to a pulp by his best friend and secret lover, Kevin (Jaden Piner/Jharrel Jerome/Andre Holland). This sorry state of affairs has understandably left the closeted kid terribly confused. 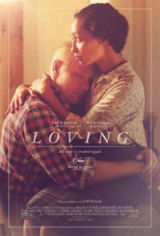 Loving
Mildred Jeter (Ruth Negga) and Richard Loving (Joel Edgerton) committed a crime just by falling in love when they were in the bloom of youth back in 1958. That’s because she was black and he was white, and they were living in Virginia, one of the many Southern states with anti-miscegenation laws still on the books forbidding cohabitation, marriage, procreation or even sexual relations across racial lines.

Nevertheless, Richard was so smitten he proposed and after Mildred accepted, he purchased a vacant plot of land where he promised to build their dream home. However, when it came to time to wed, they had to travel north to Washington, DC, a city where they could secure a marriage license.

Put Your Book on AALBC.com Until December 31st 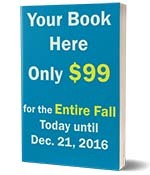 Your book will appear on our Homepage and our Book’s Main Page for the entire fall (campaign duration extended until midnight December 31st). Buy it now, because there are only two positions left.

All Fall Special advertisers will get a 25% discount on the Winter Special ad. The winter and spring ads will be priced higher than the Fall Special due to the increased level of traffic during those seasons.

Also, if you purchase a Large Book Cover Advertisement we’ll give you a free Author Profile—permanent placement on AALBC.com—as an added bonus!
AALBC.com is the oldest, largest, and most frequently visited website dedicated to books written by or about people of African descent. There is no other website that reaches readers of Black literature more effectively.

Remember, AALBC.com continues to grow because of your support. If you value our content, here are four simple things you can do to support AALBC.com;

Thanks for reading and supporting Black Literature.
Peace & Love
,

You may receive messages like this directly in your email box by subscribing. It may also be read on your Kindle ebook reader, or any device by downloading a PDF version. Enjoy all of our previous eNewsletters and consider sponsoring our eNewsletter or a dedicated mailing.